A delegation of industry ministers from all over Russia visited ERSO

The guests highly appreciated the potential of the holding's production site in Bashkiria.

Several dozen ministers, deputy governors and heads of departments from all over Russia visited the ERSO plant in Ufa.

Dmitry Pyrkov, technical director of the ERSO holding, conducted a tour for the guests, where he spoke about the nuances of the production of transformers and reactors, the achievements of the design bureau, and the unique equipment used at the enterprise.

“I really enjoyed getting acquainted with the ERSO plant in Ufa,” said Oleg Yermolaev, Minister of Economic Development and Industry of the Republic of Karelia. - The enterprise is very modern, high-tech, producing important products for the country. After the withdrawal of Western companies from the Russian market, ERSO managed to occupy an empty business niche in a short time. The holding is moving forward with confidence: its owner, AFK Sistema, has implemented new forms of enterprise management. AFK Sistema is well known to us - it also works in Karelia. These are successful businessmen who are implementing the most ambitious plans in Russia.”

At the plant, the guests were especially interested in the innovative transformer developed by ERSO engineers, in which it was possible to reduce the weight and size characteristics by almost 30% without losing energy efficiency.

“The Ufa plant impressed me pleasantly,” commented Vyacheslav Khimochka, Minister of Industry and Energy of the Altai Territory. “This is a modern site with a high level of production culture. This year, an agreement on cooperation was signed between the ERSO holding and the government of the Altai Territory. We are currently working hard on this issue. Perhaps some division of ERSO will also be located in our region.” 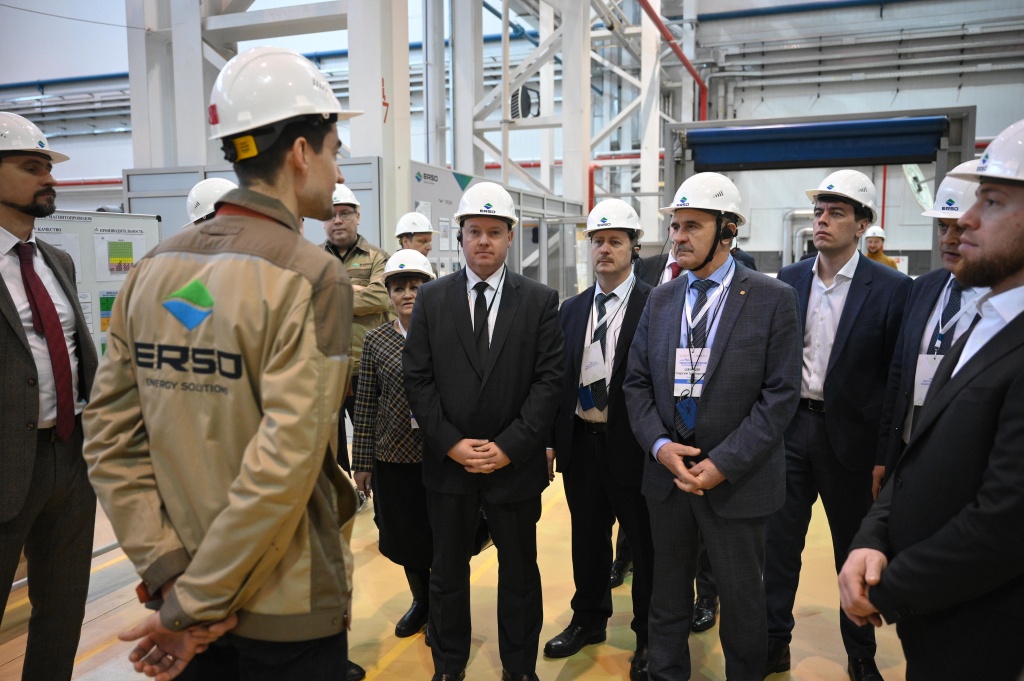