The New Year's Miracle charity online campaign, organized by the Sistema Charitable Foundation, the social investment operator of AFK Sistema, collected about 600,000 rubles in donations. This money will translate into more than 800 hours of one-on-one tutoring to fill academic gaps and prepare for exams. Employees of the Corporation and its companies supported the New Year's initiative not only with donations, but also with special projects.

“Community, co-creation, the opportunity to make one’s own contribution, albeit a small one, always unites people, forms closeness, a corporate spirit. The Sistema Charitable Foundation initiates a number of good initiatives that unite Sistema Group companies and their employees from all over the country. One of them was our action "New Year's miracle", focused on the possibility of personal involvement of employees. This time, it has acquired a new vector — in 2023, the Foundation plans to develop an important area of intellectual volunteering. Along with raising funds for the education of children from social institutions, we invited employees to share their experience, knowledge, act as a mentor for young people who are just taking their first professional steps,” said Larisa Pastukhova, President of the Sistema Charitable Foundation.

The ERSO Electrotechnical Holding, in addition to participating in the New Year's Miracle campaign, took on the mission to perform miracles for the pupils of the Samrau orphanage in the village of Yumaguzino, Republic of Bashkortostan. At the end of 2022, a charity auction was held, during which 129,900 rubles were collected. The funds were used to purchase developing and role-playing professional activities, sports equipment, as well as household items. Another company of Sistema Group, OZON, helped with the purchase and delivery. The online store offers a wide range of products that can satisfy almost any request.

On January 13, employees of the ERSO holding congratulated the guys on the Old New Year and presented them with long-awaited gifts. 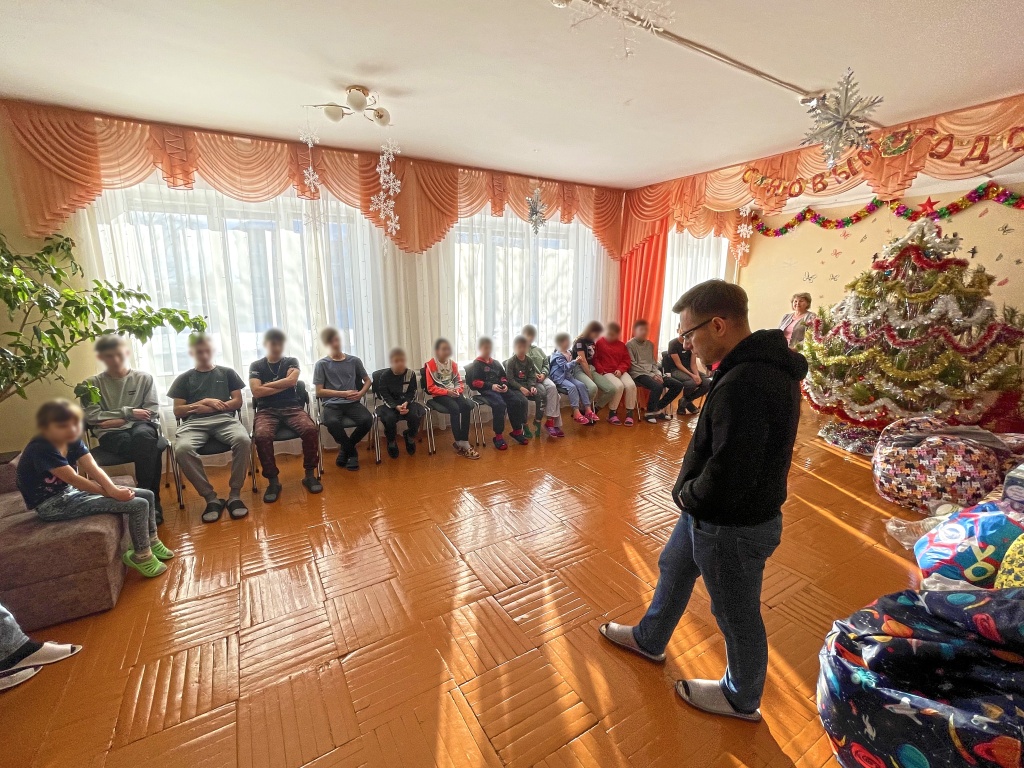